Swimming is not only beneficial for your physical health and well-being but it can improve your sex life. Swimming can boost your libido and sexual performance in addition to toning your body, improving your cardiac function and increasing your energy levels.

It is a great way to get back into exercising following surgery, injury, heart attack or if you have a disability which impacts upon your movement and ability to exercise, as the water supports the body.

Swimming in a horizontal position places less exertion on your body because the heart isn’t working against gravity: therefore, it doesn’t have to work as hard to pump blood around your body, according to Professor Brent Rusthall, Professor of Exercise and Nutritional Sciences at San Diego University.

A Harvard University study of 160 male and female swimmers in their 40s and 60s found a positive relationship between physical exercise and sexual intercourse. The swimmers in their 60s reported having sex lives similar to that of people aged 40+ in the general population (Krucoff and Krucoff 2000). Bortz and Wallace (1999) found that the fitter an older person was, the better their sexual activity and satisfaction. People who look after their bodies and exercise tend to be more aware of their sexual health, enjoying increased sexual pleasure.

WHAT STROKES ARE BEST? 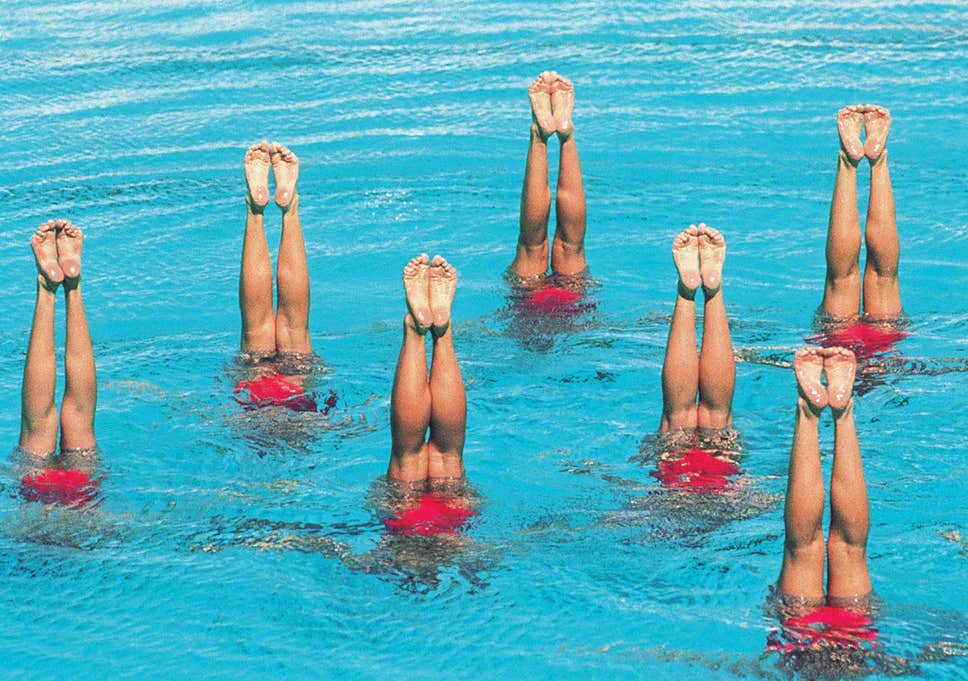 The best stroke for your pelvic floor is the breast stroke as the simple action of bringing your legs together causes your thigh and pelvic floor muscles to contract, thus strengthening them. All swimming strokes help to tone your waist and pelvic muscles to some degree because you constantly have to engage these muscles in order to keep your balance as you swim.

Studies have found that the heart rate of a swimmer is 12 beats per minute less on average than that of a runner, enabling you to keep up intensity for longer, thus increasing the benefits of your workout. This in turn improves stamina and energy levels, both of which are beneficial to enjoying sexual intercourse.

The temperature of the water prevents you from becoming as overheated as someone working out on land, which enables you to work out at the same intensity for a longer period of time, thus building stamina. 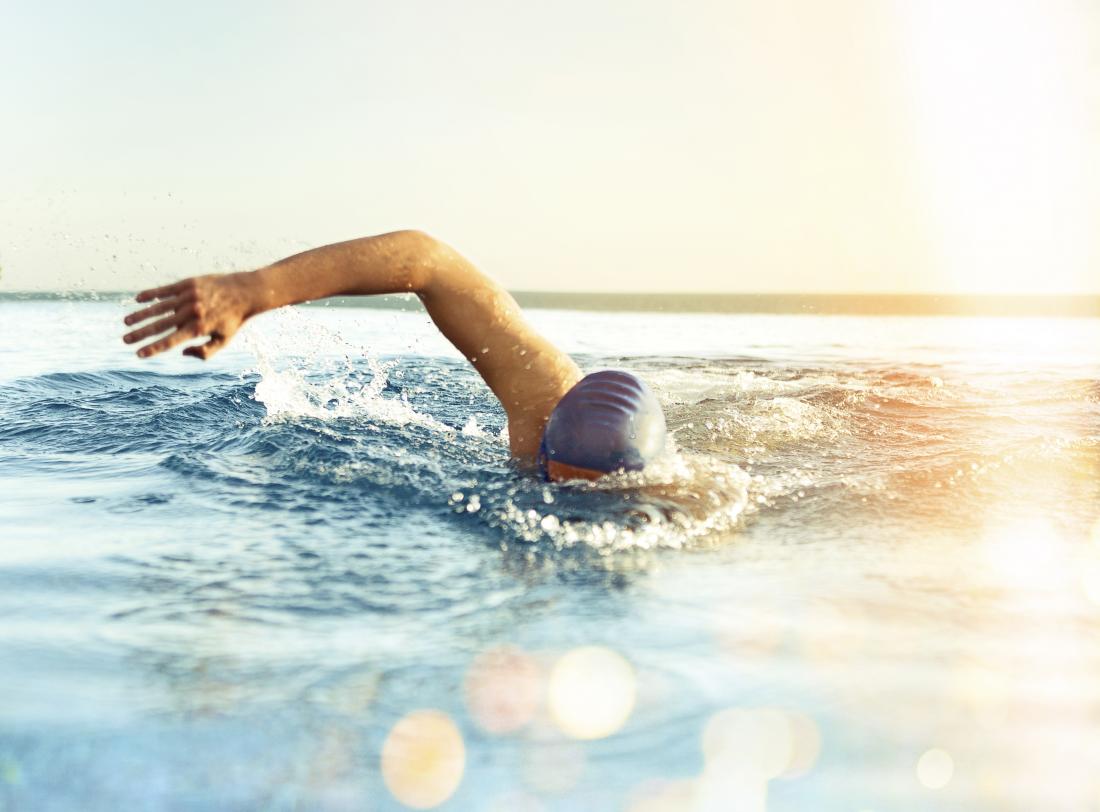 Like all exercise, swimming boosts your endorphins, feel good hormones, which can help to increase your libido by reducing your stress levels – a major contributory factor in low libido.

Swimming can improve brain function through a process known as hippocampal neurogenesis, whereby the brain replaces cells destroyed as a result of the effects of stress upon the body.

It can also improve your circulation, increasing blood flow around the body and especially to the genital area, boosting sexual function.

Exercising in general has psychological benefits to health by reducing stress, raising self-esteem, improving your mood and increasing self-confidence, all of which can contribute to a more enriched sex life.

Having a swimmer’s body is also seen as a desirable image. When researchers at Cambridge University showed 700 women 30 different male body types, they found that the most attractive image was that of a swimmer: broad shoulders, nipped-in waist and small hips. Having a swimmer’s physique is also beneficial for women: you can balance out a pear-shaped figure by developing your upper body using breaststroke to tone chest muscles, which increases support to the breasts making them look firmer and uplifted, and tone thighs, making them look thinner.

Swimming is a low impact activity putting less strain on joints and limbs and keeps you looking young. Jogging has been found to increase the risk of wrinkles as the upwards and downwards motion of running cause the elastic fibres in our face to stretch. People who run or jog often have a gaunt, thin face that can look older.

Swimmers do not burn as much fat as runners but generally develop an all over body muscle tone, rather than just their legs. This is why swimmers tend to have bodies which look more balanced and in proportion because of the large number of muscles they use and the range of movements involved in swimming strokes.

Although Summer is an excellent time to go swimming if you continue to swim long after you have returned from your summer holiday, you can boost your sex life all year long!